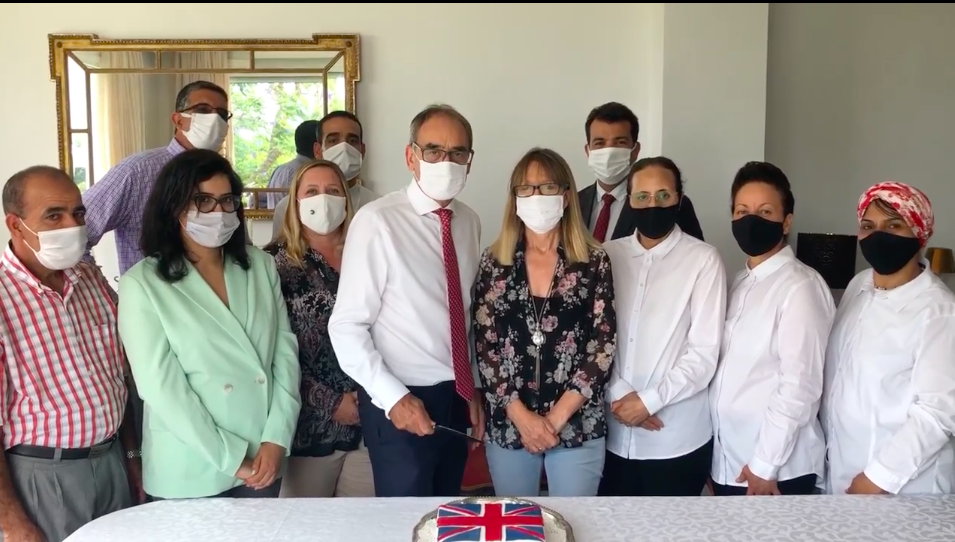 On Thursday 17th June, the British Embassy in Rabat held an online celebration in honour of the Queen’s birthday, led by His Excellency Ambassador Simon Martin, Patron of the BMS. A number of our members were involved in the event, including committee member Richard Hamilton, who hosted a series of online talks, and BMS members including Saeida Rouass, Lucie Andersen Wood, Vanessa Branson and Susan Machin, who were interviewed for the occasion about their links to Morocco.

Virtual events took place all day from various locations around Morocco including:

Richard Hamilton’s discussion with Vanessa Branson and explorer Alice Morrison about their exciting adventures around Morocco.

A feature from Lucie Andersen Wood, talking about her love of Morocco and setting up the Henna Café, a not for profit project giving back to the welcoming Marrakech community.

A discussion with Tahir Shah and Saeida Rouass, authors who, through their work, celebrate their affinity with the country and its people.

A short talk by BMS member Susan Machin, who together with her husband founded the Jarjeer Mule and Donkey Refuge, a shelter providing essential care to donkeys, mules and horses from the Marrakech region and other cities of Morocco

You can watch back all of the online events, from a feature on female rap artist Houda Aabouz, to Chef Tara Stevens’ tutorial on how to make a chocolate cake with a Moroccan twist, on the British Embassy Facebook page.