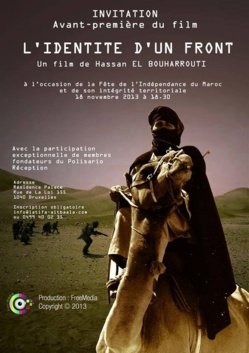 This event is sold out.

The event is free. Places are limited

On 6 November, the Kingdom of Morocco commemorates the 40th anniversary of the Green March: a long and peaceful march that gathered 350,000 Moroccan men and women, who walked together, unarmed, to re-claim the country’s Saharan provinces from Spanish colonial rule.

Forty years on, this protracted territorial conflict continues between Morocco and the Algerian-backed Polisario front, despite repeated calls from the UN Security Council for a “just and mutually acceptable political solution of compromise”.

The British Moroccan Society invites you to watch Hassan El Bouahrrouti’s documentary “Polisario: The Identity of a Front” to gain a historical insight into the root causes of the Saharan conflict.

The screening of this film will be followed by a panel discussion with: