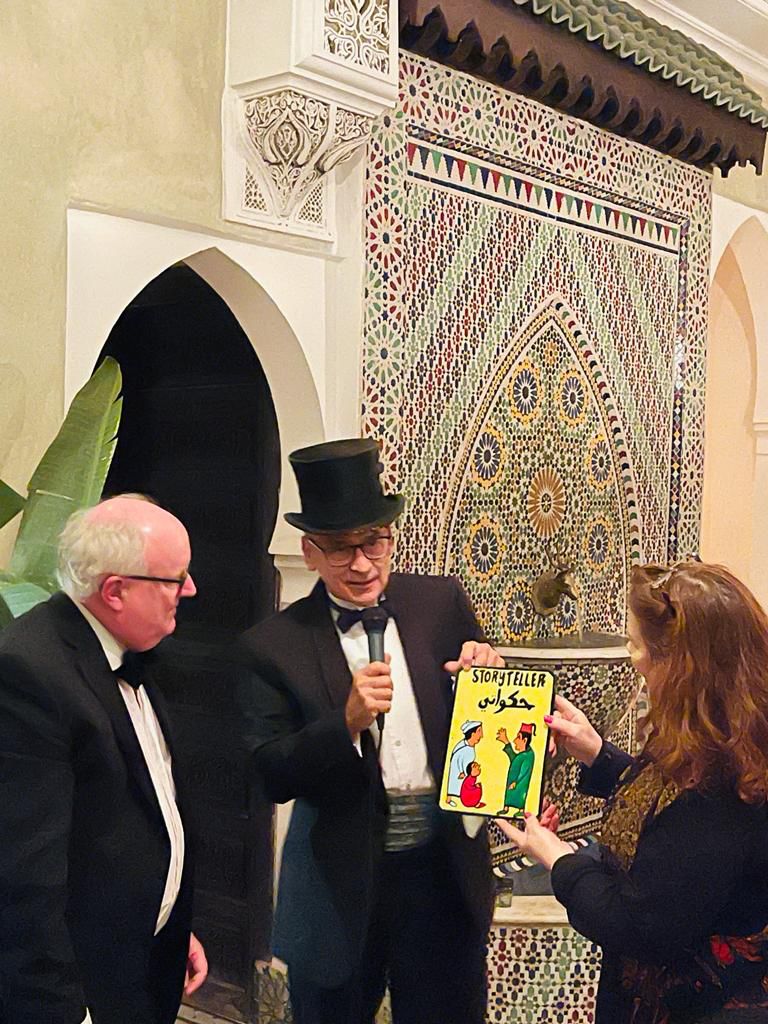 The first edition of the Marrakech Storytelling Festival was a resounding success, coming together just a few days after the reopening of the Kingdom’s borders.

The festivities ended with a gala dinner for storytellers, hosted by the British Ambassador to Morocco Simon Martin, where the Guest of Honour was Haj. Ahmed Ezzarghani, the most revered of the master storytellers in the Marrakech tradition.

Mike Wood, BMS Chair as well as Founder and President of the Festival, played an instrumental role in the festival’s success, hugely assisted by Ahmed Nait, BMS representative in Marrakech in partnership with the Marrakech Union of Storytellers, other leading associations and the Marrakech authorities.

Below, H.E. Simon Martin celebrates the festival’s success in his own words. BMS members and Marrakech residents are already looking forward to the second edition of the festival in 2023.


More from the Blog